Iran.travel > Where to go > Historic cites 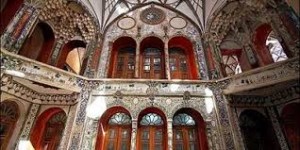 Enormous mansions that make it easy to imagine the true meaning of luxury in Iran during the Qajar era. This particular mansion Khan-e Tabatabei was built by a wealthy carpet merchant and consisted of over 40 rooms and 4 courtyards!

Bagh-e Melli (The National Garden) is a gov 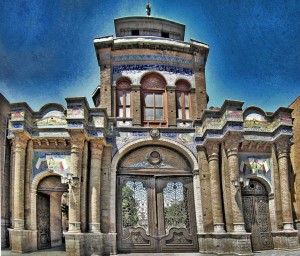 8. Chak-Chak – the holy place of Zoroastrians

Chak-Chak is the place where the Zoroastrian religion was born. It was the main religion of Persia until the Arab invasion. Nowadays it has only a few thousand followers in Iran and the largest community of Zoroastrians currently live in India (known as Parsis). 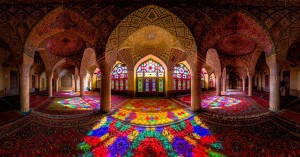 From the outside, the Nasir al-Mulk Mosque in Shiraz, Iran, seems like a fairly traditional house of worship — but it’s hiding a gorgeously colorful secret.The multitude of stained glass windows turn the inside of the mosque into a riotous wonderland of color that is absolutely breathtaking.

6. Alamut Valley and the Castles of the Assassins 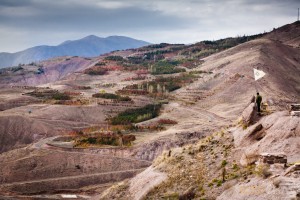 Great place for those who enjoy spending time in the mountains

The castle is located above the mountain over-looking a small village Gazor Khan and offers spectacular views.  The best part is that barring 2 guards stationed there, we were the only 2 tourists around.

5. The Bazaar of Tabriz

The largest covered bazaar in the world, divided into parts where you can buy famous Persian carpets, jewelry, spices and much more. 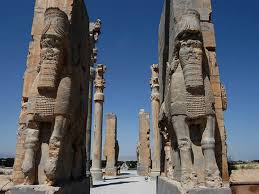 The well-preserved ruins of the ceremonial capital of the Persian Empire that remained buried in sand till 1930s when they were discovered and excavated by French archaeologists.

3. The Tomb of Hafez in Shiraz

The Tomb of Hafez and its associated memorial hall, the Hāfezieh, are two memorial structures erected in the northern edge of Shiraz, Iran, in m

emory of the celebrated Persian poet Hafez. The open pavilion structures are situated in the Musalla Gardens on the north bank of a seasonal river and house the marble tomb of Hafez.The best place to experience Iranian’s emotional attitude to poetry

Favourite of ours and many Iranian families who come there to spend their weekends gossiping, sipping tea and playing with their children in front of the impressive Shah Mosque, Ali Qapu Palace 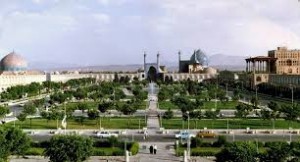 While visiting all these places was really worthwhile, we agreed that it’s a real shame that due to the current political situation in Iran so few travelers decide to come here. If only the Iranian government was more keen on inviting foreign tourists and creating a better infrastructure for them, Iran could easily become a favorite tourist destination in the Middle East.